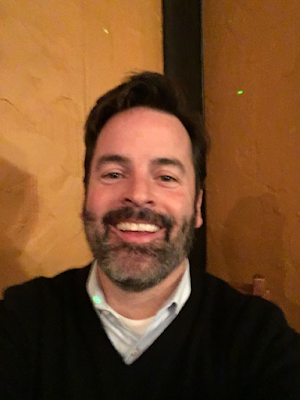 These days, Dan Fitzgibbons is married and has two children and he calls the Greater Minneapolis Area home. Dan loves the Twin Cities community so much, he tries hard to give back when possible. He does this by working with local charities. He’s partnered with Dress for Success Twin Cities as a way to help increase the economic independence of women by making sure they could dress properly for a good job interview. He also helps to feed the poor through his support of Loaves and Fishes, a program that serves hundreds of thousands of hot meals to the hungry in 2015 and Allan Law’s 363 Days Food Program, which works with hundreds of community groups and thousands of volunteers to distribute hundreds of thousands of sandwiches to the hungry and homeless.

It’s obvious that Dan Fitzgibbons is a great businessman, give his nearly three decades’ experience in the technology field. However, there is a lot more to him than that. Dan is best-known for his position as the Data Protection Business Manager for the Minneapolis, Minnesota office of EMC Corporation, a prominent international tech company. However, like many successful folks, there is more to Dan than selling data storage systems and making money.

It’s the case that family and community have always occupied a prominent role in Dan Fitzgibbons’ life. That was even clear when he was growing up in Fargo, North Dakota. There, he attended Holy Spirit School and Shanley High School, where he was active in drama and the Sandpebbles singing group when he wasn’t playing football, golf, and intramural hockey. That dedication to community has continued through his life in Minnesota.
Posted by Dan Fitzgibbons at 04:41

How Dan Fitzgibbons is Minnesota Strong 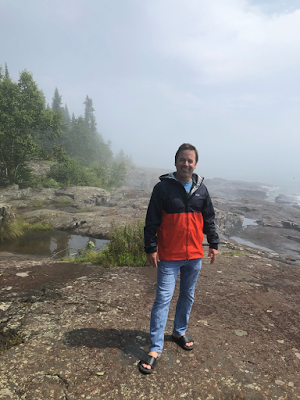 To Dan Fitzgibbons, Minnesota Data Protection Business Manager for international technology giant EMC Corporation is very important. He has become a prominent businessman in his community, but since he lives there with his beautiful wife and two children, and he has an overwhelming desire to make that community better. For Dan Fitzgibbons, Minnesota is a very important part of his life. Though he was born in Fargo, North Dakota, Minneapolis is simply where his life is now.

Family and community have always been major priorities in the life of Dan Fitzgibbons, even when he was a boy in Fargo. In high school, he was active with the Sandpebbles singing group and a key club at the same time he played football, golf, and hockey. That is because he always wanted to feel a part of his community. That’s why Dan Fitzgibbons, Minnesota business leader, works so closely with Loaves and Fishes, a massive food program that actually serves hundreds of thousands of nutritious, hot meals to the poor all over the Twin Cities area every year and why he also works with Allan Law’s 363 Days Food Program, which distributes thousands of nutritious sandwiches every year to the hungry and homeless.
Posted by Dan Fitzgibbons at 08:38

One of Daniel Edward Fitzgibbons favorite past-times is that of scuba diving.  He has a great love for spending time under the water.  One of his favorite places is that of Cabo Pulmo in Baja, California Sur.  While the efforts to reach this spot may not be as easy as others, once you arrive, the trek becomes worth it.  This place houses some of the healthiest coral reefs in the world and has a plethora of schools of rays, parrotfish, angelfish and eels.  Daniel Edward Fitzgibbons compares the feeling of being underwater as other worldly and highly recommends it to all.
Posted by Dan Fitzgibbons at 06:32

For Dan Fitzgibbons, Minnesota is the Best 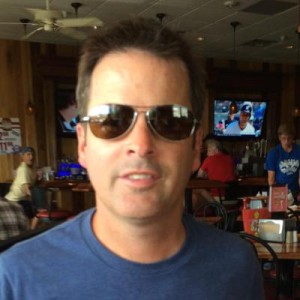 For Dan Fitzgibbons, Minnesota is home, although he wasn’t always there. He actually grew up in Fargo, North Dakota, where he attended Holy Spirit School and Shanley High. At Shanley, he was a member of the SandPebbles singing group and he played football, golf and intramural hockey. In short, he has always wanted to feel a part of the communities in which he lived.

Dan Fitzgibbons’ love of the state of Minnesota probably started when he earned a Bachelor of Science in Marketing and Business Administration from Moorhead State University in that state. After graduation, he eventually moved to Minneapolis for career reasons. Now a prominent member of the Minneapolis community, Dan Fitzgibbons, his beautiful wife and his two wonderful children couldn’t imagine living anywhere else. He has always believed that giving back to the community is the least a business leader can do, which is why he is so active with Minneapolis charities, such as Loaves and Fishes, a very effective charity that feeds the poor. In 2015 alone, they served up more than 450,000 hot meals to those who may have otherwise done without.
Posted by Dan Fitzgibbons at 20:37

It seems as if Daniel Edwards Fitzgibbons developed his appreciation for the primacy of family and community while he was growing up in Fargo, North Dakota. He was the youngest of five children, but it seems to have been a positive experience as he attended grade school at Holy Spirit School and high school at Shanley High. While there, he participated in a singing group and played football, golf and intramural hockey. He got a degree and worked hard and he has since had a long 30-year career in the tech industry. However, most who know him, know that there is more to him than that.

Daniel Edwards Fitzgibbons has proven himself in his current position as Data Protection Business Manager for the Minneapolis office of EMC Corporation, but he also loves his community. Minnesota eventually became home when he went to college at Moorhead State and he eventually moved to Minneapolis. These days, Dan appreciates his good fortune and he tries to give back as much as possible in any way he can. For example, through his work with Bridging, he helps the homeless, by making sure those who are transitioning out of homelessness have the most basic household items they need to get them set up properly.
Posted by Dan Fitzgibbons at 06:40

In High School, Dan Fitzgibbons mastered the art of using his time for many different tasks successfully. He has taken this skill and used it to balance work, family, hobbies and volunteering. Dan Fitzgibbons is passionate about serving Minneapolis, the community where he works and lives. He works with “Dress for Success Twin Cities” as well as “Bridging,” which is a Twin Cities nonprofit that provides household items such as furniture, goods, and alike to those individuals or families that are transitioning out of homelessness. Bridging has successfully furnished more than 70,000 homes in Minneapolis and the surrounding areas since its founding in 1987. Dan Fitzgibbons takes pride in being able to support his family but also to be able to help others as well.
Posted by Dan Fitzgibbons at 08:51